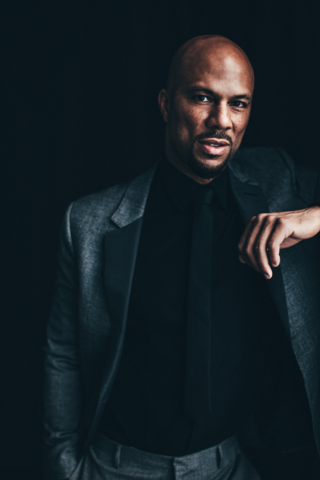 Academy Award, Golden Globe, Emmy and Grammy-winning artist, actor and activist, Common continues to break down barriers with a multitude of critically acclaimed, diverse roles, and continued success at the box office.

Common most recently wrapped production on The Kitchen, based on the DC/Vertigo female-led comic book series. He stars alongside Melissa McCarthy, Tiffany Haddish and Elisabeth Moss. Set in New York City’s Hell’s Kitchen during the 1970s, the story follows wives of Irish mobsters (McCarthy, Haddish and Moss) who team up to take over running the business after their husbands are sent to prison.

Up next on the big screen, Common lends his voice to Warner Brothers’ animated feature Smallfoot, in theaters September 28, 2018. The animated film follows a young Yeti as he discovers a human. The film also stars Channing Tatum, James Corden, Zendaya, LeBron James, Gina Rodriguez and Yara Shahidi. Later in the Fall he can be seen in the Fox 2000 film, The Hate You Give opposite Amanda Stenberg, Issa Rae and KJ Apa. This timely drama, directed by George Tillman Jr., follows a teenage girl who witnesses a white police officer shooting her best friend and is based on the novel by Angela Thomas.
Presented by:

Bonus: Common will be doing a reading and signing from his New York Times beselling memoir, One Day It'll All Make Sense, live at the Englert! Find out more on the Englert Theatre website by clicking here.