From Kareem To Kaepernick: A History Of Political Activism In Sports - Kareem Abdul-Jabbar 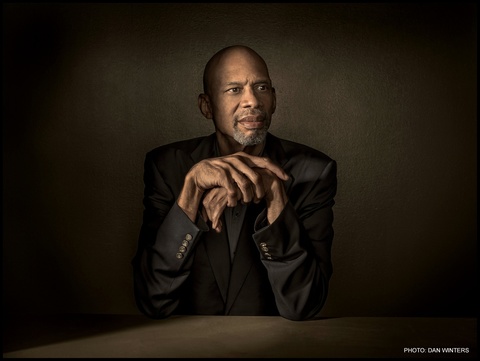 "From Kareem to Kaepernick: A History of Political Activism in Sports"

Sponsored by the Division of Student Life

Kareem Abdul-Jabbar is the NBA’s all-time leading scorer and a six-time NBA champion. He is also one of a handful of influential and respected black men in America who has a national platform as a regular contributing columnist for The Washington Post and Time Magazine, where he shares his thoughts on some of the most socially relevant and politically controversial topics facing our nation today. After 50 years as an athlete, activist, and New York Times best-selling author, he offers his perspectives as a nationally recognized speaker who regularly appears on the lecture circuit. His new political book, Writings on the Wall - Searching for a New Equality Beyond Black and White was released Fall 2016 by Time Books and offers his personal perspectives on political issues facing America today.

Currently Abdul-Jabbar serves as the chairman of his Skyhook Foundation whose mission is to “Give Kids a Shot That Can’t be Blocked” by bringing educational STEM opportunities to under-served communities through innovative outdoor environmental learning. In 2012, Kareem was appointed to be the only U.S. Cultural Ambassador by then Secretary of State Hillary Rodham Clinton. His most recent projects include his debut novel Mycroft Holmes—a mystery novel and the first of an action/mystery series based on Sherlock Holmes’s savvy older brother— released by Titan Publishing. In addition to the success of his novel, his first comic book series, Mycroft Holmes & the Apocalypse Handbook was released during Comic-Con in San Diego in July 2016 and continues to be a bestseller. His next book will be a memoir entitled Coach Wooden & Me – our 50 year friendship and is set to debut June 2017. We ended 2016 with President Obama awarding Abdul-Jabbar with the Nation’s highest civilian honor, The Presidential Medal of Freedom.

This lecture made possible by Cassandra S. Foens, M.D., F.A.C.R..